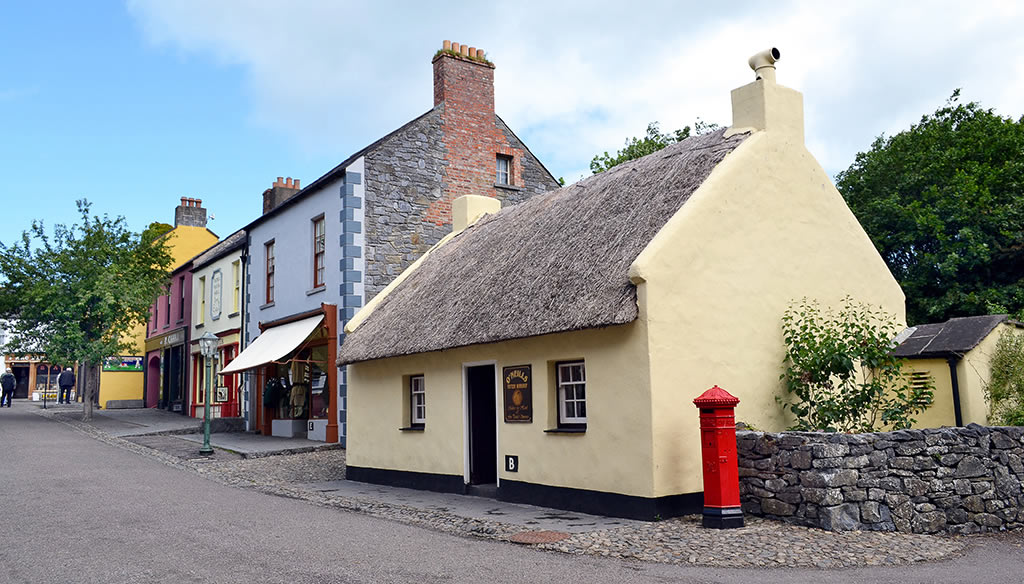 Here is our selection of some of the best historic sites in Clare.

Poulnabrone Dolmen – Also known as the “hole of sorrow”, it marks the spot of a tomb that dates back to 2,500 BC and is famous as one of the Historic Sites in Clare. Here, you will not only find remnants, but also other artefacts, including coarse pottery, flint, and two quartz crystals, which are most likely used during the burial rituals.

Craggaunowen – the Living Past Experienceis an award winning Pre-historic Park in County Clare. You can explore the roots of the people, homesteads, animals and artifacts of our Celtic ancestors of over 1,000 years ago and experience the resilience and fortitude of the early Bronze Age people. You will see the Crannog – an artificial island dwelling accessed by a hidden pathway in the water.
You will experience the  life of the hunter-gatherer in the Ring Fort. You will see how the Celts lived their every-day lives as they cooked over open fires or in pits.
Craggaunowen Castle which is a 16th century restored Medieval Castle built in 1550 is nearby.

Bunratty Castle is one of the best known castles in Ireland and is a very popular visitor destination.
This 15th-century castle in County Clare, Ireland is located on the road between Limerick and Ennis. Nowadays as a tourist attraction, medieval style banquets are held there regularly. The adjoining folk park displays various aspects of life in rural Ireland over the centuries.
See more about Bunratty Castle and Folk Park at https://www.bunrattycastle.ie/

Caherconnell Stone Fort is a medieval stone ringfort in the Burren, County Clare, Ireland. It consists of a circular stone wall with a diameter of 42 metres. The walls are up to 3 metres thick and up to 3 metres high.
There are a number of structures within the walls and archaeological excavations have revealed fascinating insights into the lives ofthe fort’s inhabitants.
There is a visitor centre with cafe and informative audio-visual guides.
For more information visit https://caherconnell.com/fort/

in 1952 the ‘Whitsuntide Expedition’ discovered this huge cave beneath The Burren. This limestone cave which contains the largest stalactite in Europe is open to the public. It has a visitor centre with gift shop, a pottery and a cafe and tours of the cave and a nature trail are conducted hourly.
For information and online booking visit https://doolincave.ie/.

Dysert O’Dea Castle is located 5 kilometres from Corofin, County Clare. It was built in the late 15th century as the fortified home of the lord of the O’Dea clan.
This 50ft. high castle has been preserved in good condition and is now the location of the Clare Archaeology Centre, a museum of local archaeological artefacts, as well as a repository of local history.
For information about visiting the castle see http://www.dysertcastle.com.

Ennis Friary was a Franciscan friary in the town of Ennis, County Clare founded in the 13th century by the local O’Brien clan. After the suppression of the monasteries in the 16th century its lands were confiscated but it continued as a friary until the buildings were handed over to the Church of Ireland as a place of worship in the 17th century.
Today the friary which is anaged by the Office of Public Works is open to the public. It is classed as a National Monument.

Knappogue Castle is a tower house in Quin, County Clare, built in the mid 15th century and added to at various times over the centuries. It has been extensively restored to its former splendour and is now managed by the Irish state and is open for guided tours. It has fabulous grounds and walled gardens.

Scattery Island is a small island in the Shannon Estuary off the coast of Kilrush, County Clare. There is lighthouse, a ruined monastery, an round tower and the remains of an artillery battery on the island.
The Office of Public Works run a visitor centre there.
Tours of the island are available from Kilrush at https://scatteryislandtours.com/

Building of the West Clare Railway began in 1894 and for many decades, often under adverse conditions a service operated from Ennis to Kilrush and Kilkee until it was eventually forced to close in 1961.
Parts of the track, together with a steam locomotive and carriages were restored and now operate as a tourist attraction.
It open May to September for tours. See http://www.westclarerailway.ie/ for more information and booking.

These are just a few of the historic sites in Clare, a county which is full of reminders of Irish history and culture from pre historic times to the present. 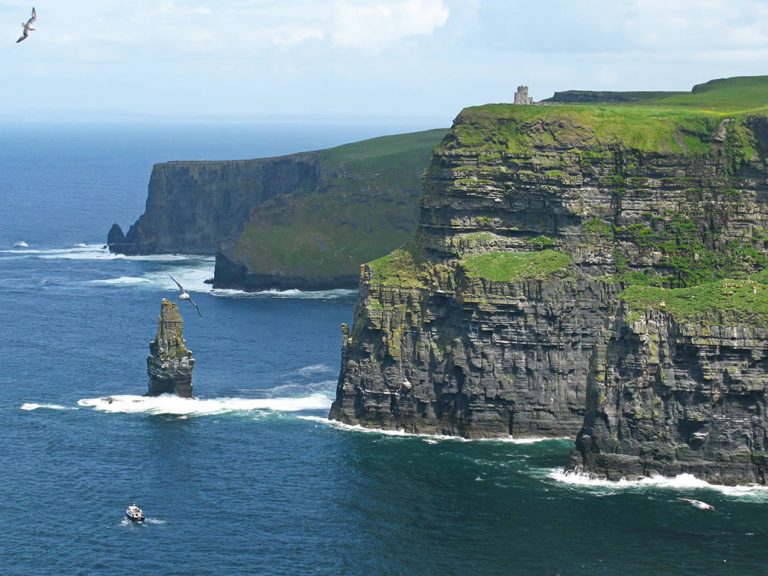 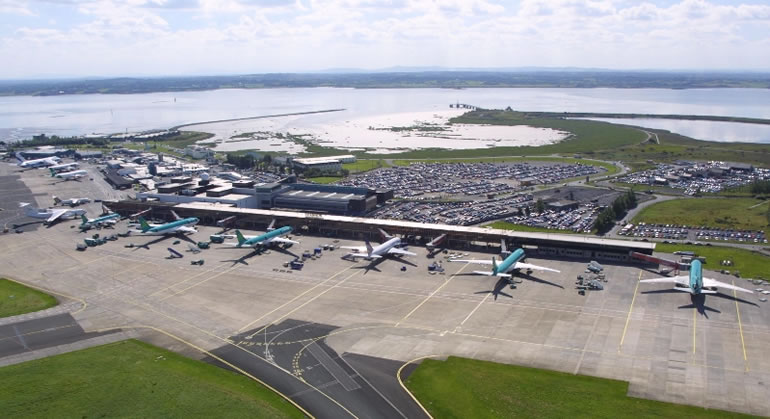 (Last Updated On: July 2, 2021) No doubt Shannon Airport is not as busy as it used to be. All transatlantic flights were required to land in Shannon but this is no longer the case, resulting in a major drop… 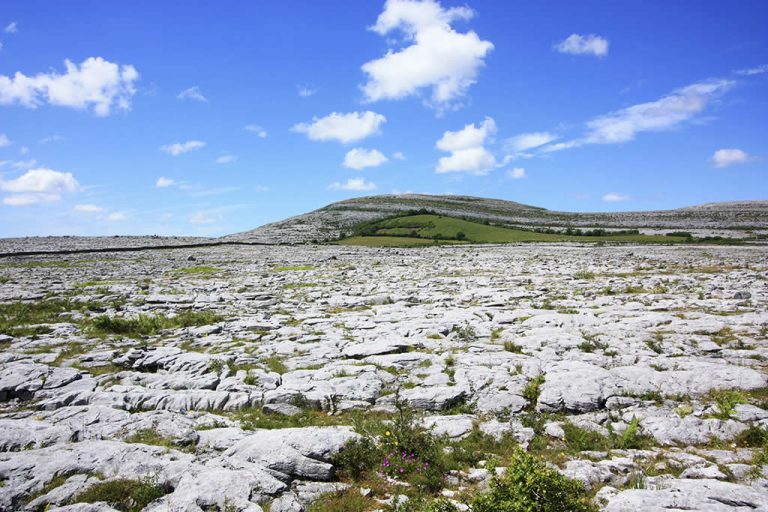 (Last Updated On: July 2, 2021) The Burren (meaning “great rock”) in North West Clare, is one of the largest karst landscapes in Europe (approximately 250 square kilometres). Karst is a type of landscape formed from the dissolution of soluble rocks… 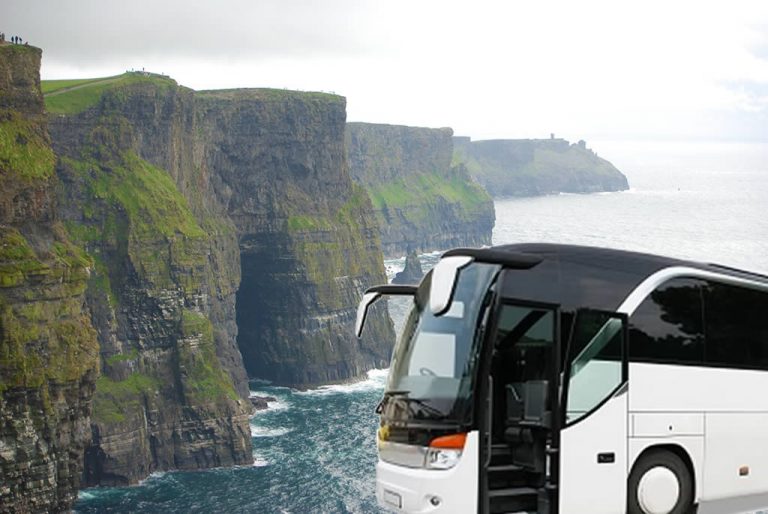 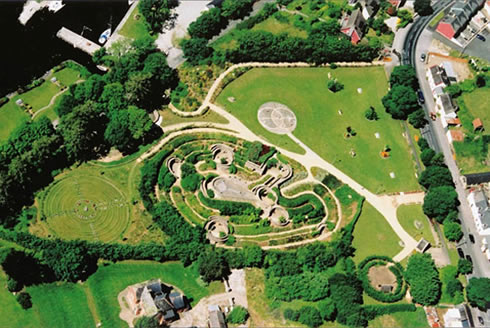 (Last Updated On: August 14, 2019)These are a few places to visit in Clare – jus a few of the numerous interesting destinations in the county – more later. Aistear Park This is situated in the the village of Mountshannon,…